On 1 January 2018, I will start sharing pictures of letters on a new Twitter account: @ isoletters. I have been taking letter pics for years and occasionally shared them, for example on my @‌isoglosse Twitter account (which I will continue to use for anything except letter pics) or on Flickr. Browsing through my collection, I decided that I would like to share pictures from it more regularly. A collection is not worth much when nobody looks at the items and maybe gets inspired by them. For that reason, I will try to post one picture on each day of 2018. You are welcome to follow. I also hope that you will comment, correct me if I am wrong and share your own pictures. What kind of pictures can you expect? 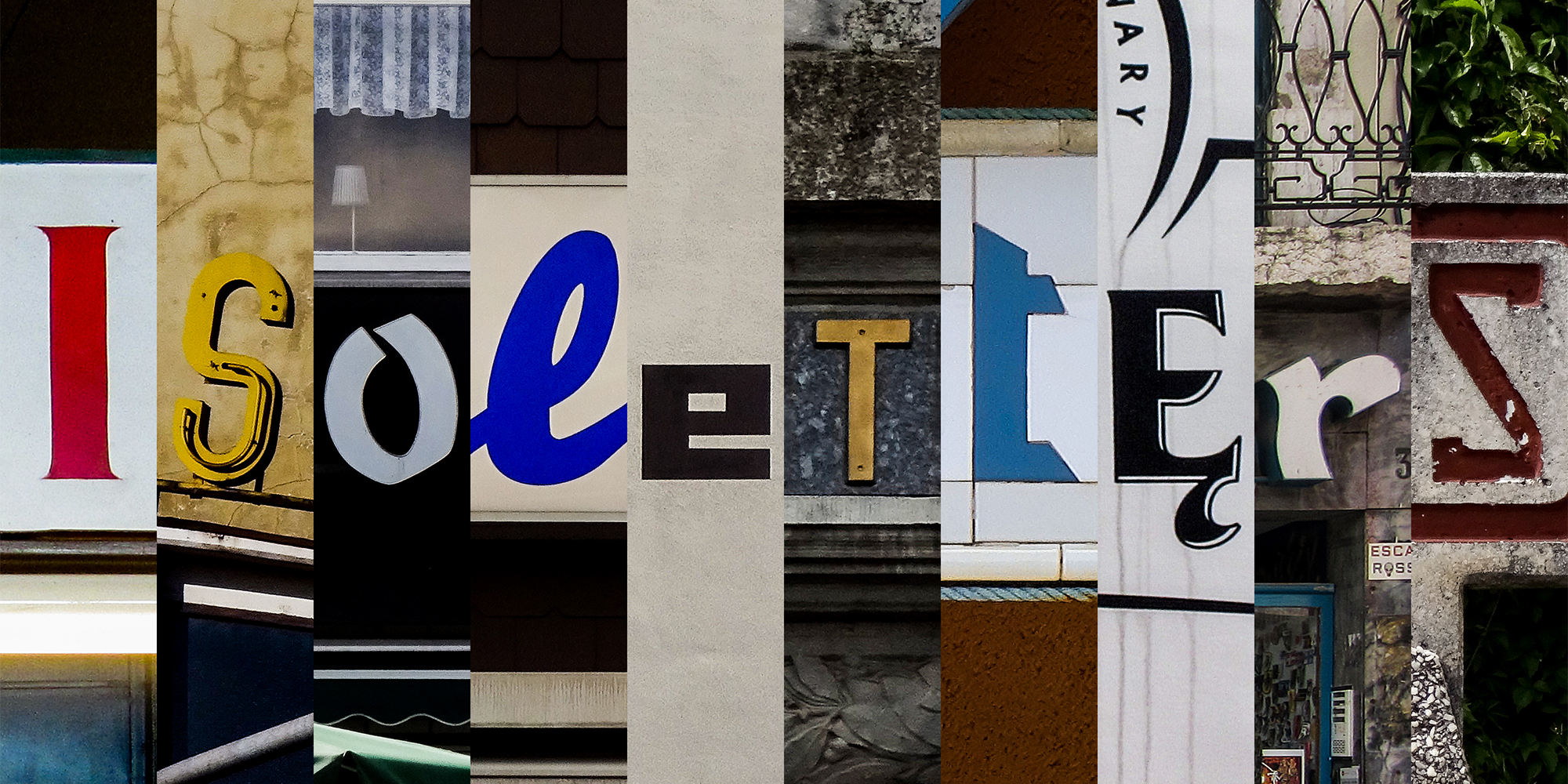 All pictures I will share on @ isoletters are of some typographic interest (or at least I think so). Given my own background, I may also slip in some pictures that are interesting from a linguistic perspective. When trying to classify the pictures I collected, one may end up with roughly the following categories:

If you would like to know more about the pictures that will be posted, have a look at the account itself. On the first day of the year, I will post one picture per hour under the hashtag #Lttr18 to give you an idea of the road that lies ahead. But to be honest, I don’t know yet which picture will be posted on 31 December 2018, so don’t hold it against me if I don’t exactly follow the path I have set out.

Finally, some technical remarks: People have inquired why I have decided on Twitter for sharing the pictures. Twitter seemed like a good compromise in terms of image quality and reach. It is used widely in the type community and can even be accessed by people who don’t have an account themselves. It is true that file size limits apply and that pictures are compressed upon upload. The result is acceptable for the intended purposes, though. I hope to upload all pictures to Flickr as well (which is better in terms of quality and tagging, but used by fewer people), but that may take a while. The pictures on @isoletters are licensed under CC BY-NC-ND. If you need higher-resolution files or would like to use the pictures for anything that goes beyond the license, please get in touch with me.